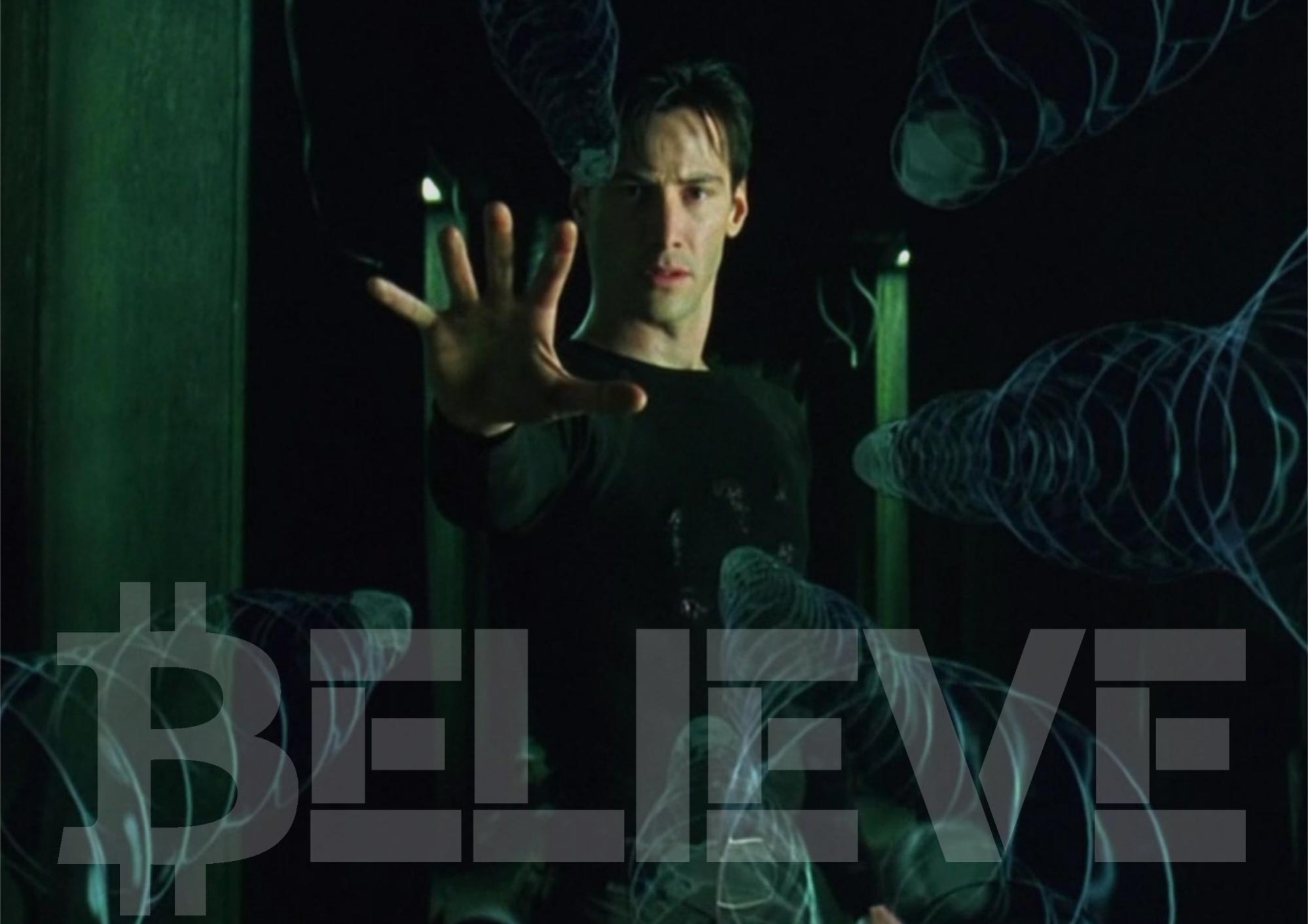 Morpheus: I imagine that right now, you're feeling a bit like Alice. Hmm? Tumbling down the rabbit hole?

Neo: You could say that.

Morpheus: I see it in your eyes. You have the look of a man who accepts what he sees because he is expecting to wake up. Ironically, that's not far from the truth. Do you believe in fate, Neo?

Neo: Because I don't like the idea that I'm not in control of my life.

Morpheus: I know exactly what you mean. Let me tell you why you're here. You're here because you know something. What you know you can't explain, but you feel it. You've felt it your entire life, that there's something wrong with the world. You don't know what it is, but it's there, like a splinter in your mind, driving you mad. It is this feeling that has brought you to me. Do you know what I'm talking about?

I can only repeat what I’ve said before: All of this sounds crazy, and yet it is happening. People are waking up. Across the globe sovereign individuals are rising. There is an invisible revolution happening in cyberspace, and most of the world is still blissfully unaware. It’s beautiful to see. You only have to know where to look.

The imagery used in memes and artworks in the Bitcoin space is no accident: unplugging from the matrix, taking the orange pill, falling down the rabbit hole. If you are reading this, you probably know what I’m talking about. Many of us have this splinter in their minds that Morpheus is describing. A feeling that things aren’t right in this world. However, without an exit, something that will unplug you from the system, there isn’t much you can do about it.

Just like Neo had to ingest a pill so he could be unplugged from the Matrix, individuals across the world will have to take the orange pill to find a way out. The ride is neither pleasant nor easy, but freedom awaits at the other side. And freedom is where the journey begins. You can take the pill, or you can stay in the fiat world. The choice is yours.

I realize that it is impossible to make a choice if your perception doesn’t allow for it. You can’t head to the door if you don’t realize that a door is there in the first place. Consequently, without seeing a way out, the usual response ranges from frustration to depression to nihilism. Without realizing what game is being played, it is impossible to play it to your advantage. And once you see that the game is rigged, it’s incredibly hard to play along. Even worse, if you are forced to play along anyway, it’s borderline impossible to stay optimistic.

If someone would have told me a couple of years ago that Magic Internet Money will be the reason why I’m getting up early every day filled with optimism and excitement and purpose – I would have looked at you as if you’d have taken crazy pills. Ironically, if that someone would have been an early bitcoin adopter, that wouldn’t have been far from the truth.

Thanks to countless writers and artists and meme lords it is now easier than ever to understand the woes of the fiat system and the benefits that Bitcoin has to offer. The revelation will come gradually at first, and suddenly it will be obvious: Bitcoin is here to fix our money, and in turn, fix the world.

Do you know what I’m talking about?

Of course, Morpheus is talking about the simulation they are stuck in. But he might as well be talking about another, similar system. It too is a system that 99% of the people are stuck in, and they don’t even realize it. Not The Matrix, but fiat money. While the jury is still out whether we are living in a simulation or not, the case that our current monetary system is terribly broken is proven beyond a reasonable doubt.

Morpheus: Do you know what I'm talking about?

Morpheus: Do you want to know what it is?

Morpheus: Fiat Money is everywhere. It is all around us. Even now, in this very room. You can see it when you look out your window or when you turn on your television. You can feel it when you go to work... when you go to church... when you pay your taxes. It is the world that has been pulled over your eyes to blind you from the truth.

Morpheus: That you are a slave, Neo. Like everyone else, you were born into bondage. Into a prison that you cannot taste or see or touch. A prison for your mind.

Once you realize this truth – that we are living in a system of broken money and broken incentives – there is no way of going back. Awoken from the dream state of the rat race, you have no way of falling back into slumber. Thanks to Bitcoin, you now know there is a way out. The exit sign is dimly lit at first but it gets brighter with every step towards it. Once you are in front of it, you wonder how you were ever able to not see it in the first place: a glowing orange door, with two large numerals engraved on it: twenty-one.

I believe that a bright orange future is upon us. We are at the dawn of the Bitcoin renaissance, and it will be reflected in the families we raise, the products we build, and the art we create. Sound money, sound families, sound culture.

Are we the crazy ones to believe that a piece of automated machinery revolving around the number 21 can fix so many of society’s problems?

However, it is probably less crazy than what the majority of people (and economists, for that matter) currently believe: that you can solve every crisis with endless fiscal stimuli, corporate bailouts, infinite quantitative easing, and other euphemisms for money printing. If you’re a hammer everything looks like a nail, and if you are the Fed or the ECB everything looks like a liquidity crisis. If you believe that money printing has no cost it is no wonder that you will try to solve every problem by printing more money at all costs. After all, as long as you are in charge of the printing press, you can easily afford it!

I truly believe that one of the most profound changes that bitcoinization is bringing with it is a change on an individual level. We see it over and over and over again. It might be because self-sovereignty comes with a lot of responsibility, and taking this responsibility begets a change of character. It might be the change in time preference that adopting Bitcoin as a savings technology seems to induce. The shift from a consumption-at-all-cost fiat culture to a stack-sats-for-salvation bitcoin culture is a profound one for sure. It might be that Bitcoin is something worth fighting for, a glimmer of hope for generations to come, a rallying cry for individuals all over the world.

Whatever it is, the side-effects of adopting Bitcoin seem to be consistent. You will start to plan for the future. You will start to take better care of your health. You will work towards making this bright orange future a reality, whether it is by producing content, educating others, starting a company, or simply stacking sats. You will do your best to strengthen your body and mind, so you will be prepared for what is to come: gradual bitcoinization and eventual hyperbitcoinization.

I believe that we are living through bitcoinization right now and I’m sure that it will be obvious in hindsight. Today, it is anything but. Most people are still stuck in The Matrix. For now, there are only a few of us who were crazy enough to unplug. Artists, writers, coders, designers, entrepreneurs, musicians. Builders and tinkerers from all walks of life. We are still at a stage in this unfolding process where you have to be a bit crazy to believe that this orange coin will change the world.

Keep creating. Write songs. Create great art. There aren’t enough artists in the world, and there sure as fuck aren’t enough bitcoiner. What is 21ism? Taking the orange pill. Making your way towards the exit. Building towards a future that is better for all. Creativity. Optimism. That’s what it is, at least for me.

This article first appeared as an exclusive piece for 21ism, Block 01.